How Will the Final Four Run Affect Wisconsin Recruiting?

We’ve covered the state of Illinois and stepped outside of conference play to preview a very dangerous Bowling Green team, but now it’s time to familiarize ourselves with a new enemy — one that will make its debut in the Big Ten in 2014. Of course, we’re talking about the Maryland Terrapins.

The Badgers have never faced the Terps in football, so when the two clash on Oct. 25 in Camp Randall Stadium this whole thing will be new to each other. However, it doesn’t mean either team isn’t familiar with the other.

After all, both of these schools have recruited in Maryland, Virginia and the rest of the eastern seaboard against each other very hard over the last few years. The coaching staffs are bound to know each other pretty well because of it.

With this being the first introduction to the Terps, let’s get down to business and take a look at where things stand heading in to summer and fall.

Strength:
Maryland’s offense under Randy Edsall finally got going last season, and a lot of it had to do with some really young talent at the skill positions. One look at the end of season depth chart from last year reveals all six members of the wide receiver two-deep will be back. Oh, and they’ll also have some guy by the name of Stefon Diggs returning as well.

Stefon Diggs could be B1G’s best if broken leg is fully healed in 2014.

All Diggs did in just seven games of action before breaking his leg was amass 34 receptions for 587 yards and three touchdowns. In his two years at Maryland, Diggs already has 88 receptions and nine touchdowns.

Fellow junior Levern Jacobs led the way in the receiving department last year, collecting 47 receptions for 640 yards and three touchdowns. His reception and yardage totals were team highs, and Jacobs tied for second on the team in receiving touchdowns.

With so many talented players available at receiver it’s easy to see why the Terps like to spread the ball around. No fewer than five wide receivers caught fewer than 33 passes in 2013, and that makes them dangerous heading in to a new home where stretching a defense from sideline to sideline in the pass game can be a major advantage.

It also helps that C.J. Brown will be back for an extra year of eligibility in 2014. He helps to keep defenses off balance with his ability to run and throw. In 2013, Brown passed for 2,242 yards and 13 touchdowns in 11 games. He added 576 yards on the ground, which was second best for Maryland, and had a team-best 12 rushing touchdowns to his credit.

The depth at wide receiver and a true dual-threat at quarterback can make Maryland dangerous. However, the Terps have failed to really put it all together in Edsall’s tenure in College Park, and that needs to happen if they are going to succeed in the Big Ten in 2014.

Weakness:
Maryland was just plain old average on defense last season in the ACC. It finished no higher than seventh and no worse than eighth in any of the major defensive categories. No offense to the ACC, but those performances won’t cut it when you’re going against the likes of Michigan State, Ohio State, Penn State and Wisconsin on a weekly basis.

Chief amongst the concerns happens to be the secondary, especially at cornerback. Maryland is replacing Isaac Goins and has some very young depth at corner period. There is some big-play potential in sophomore Will Likely, who hauled in a pair of interceptions in the spring game.

Likely needs help at corner for Maryland secondary to improve in 2014.

However, teams can find ways to scheme away from one good player and exploit weakness elsewhere. Edsall was not happy with the spring performance of this group at all.

“I thought we were inconsistent. It’s fundamentals and technique, so we just need to continue to do that. We have to get some competition going there. We have a lot of work to do between now and when we get back here in August.”

This group gave up 2,926 yards last season, which would’ve been the fifth worst total in the Big Ten. In 2014, that can’t happen, especially when you’re going to stare Connor Cook, Christian Hackenberg, Braxton Miller and Devon Gardner across from you in division play. That’s just a slight upgrade over Tanner Price, Pete Thomas or Chase Rettig in your division.

Biggest question mark:
While Maryland’s passing game may be set up for success, there’s a lot to still learn about the rushing game for the Terps. No one really separated himself in spring practice and after the spring game Edsall admitted to not knowing who the starter would be if they had to play a game tomorrow.

“It’s a good thing [the passing game] because I do not know who our starter is,” Edsall said of the running backs. “I think we’ll have Albert [Reid], Jacquille [Veii], Wes [Brown] and then Brandon [Ross] all competing and as we continue through the preseason, it’s a great thing to have. Competition is a great thing to have and we have it at that position.”

Will Ross Win the staring job for Terps this fall?

Ross showcased some good ability in the spring game, putting up 90 yards and two touchdowns for the offense (white) team. Yet, it appears that it wasn’t enough to make the coaching staff overly giddy.

If you’re going to win in November in the Big Ten, you’ve got to do so by having a physical run game. Maryland needs to prove it has one this fall camp or it could be in trouble.

What it all means:
Maryland was a mediocre ACC squad last season, in what was a down year for everyone not named Florida State or Clemson. The transition to a much more physical and pro-style conference should be very interesting. Overall, the Terps appear to have enough talent to compete pretty well, but if they could barely get by in the ACC, asking them to take a trip to Madison and win is going to be a bit much in year one. Expect Maryland to be a challenge for a while, but eventually the talent gap and depth of the Badgers will shine through. 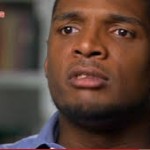 Timeline: Pierre McGuire went 20 for 20 in announcing to begin the NHL Playoffs

Audio: Matt Williams was rear-ended during a radio interview