UW gets their King, as top 2017 recruit commits to Badgers

Wisconsinâ€™s much anticipated quarterback battle is over, at least for the time being. Tonight via twitter Bret Bielema named Maryland transfer Danny Oâ€™Brien the starting quarterback for the Badgersâ€™ week one matchup with Northern Iowa.

Also had so many questions about our QB situation that want everyone to know we are going to start Danny Oâ€™Brien in our opener against UNI.

Oâ€™Brien beat out senior Curt Phillips and redshirt freshman Joel Stave to win the starting job. Oâ€™Brien transferred to Wisconsin from Maryland in June. The former ACC rookie of the year has 17 collegiate starts under his belt from his time with the Terrapins.

Coming in to camp, we knew that Oâ€™Brien was the favorite to win the job. As we got further in to camp it became more evident that he was going to be the guy. This is now two straight years the Badgers have started transfer quarterbacks.

Both Curt and Joel had great camps as well, we are very fortunate that we have 3 QBâ€™s that can play winning football for us. On Wisconsin!

From what he said tonight, Bielema seems to be very comfortable with the quarterback situation currently, which is good considering that was arguably the biggest concern amongst fans coming in to the season. Itâ€™s great to have some light shed in that department, as quarterbacks have been key in the Badgersâ€™ past two Rose Bowl runs.

Oâ€™Brien hasnâ€™t won the battle yet though. He has two very talented guys behind him that will be more then willing to take his spot if he doesnâ€™t perform well. Weâ€™ll keep you updated on the Badgersâ€™ QB situation as the season rolls on. 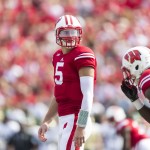 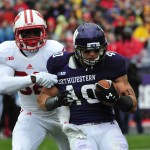